A prospective patient phoned the Shoulder Guy office one day to ask about our shoulder physiotherapy service because she was distraught about her treatment options regarding her painful shoulder.

You see she had been left to fend for herself after consulting physiotherapists and an orthopaedic surgeon with no resolution of her healthcare concerns. She was so frustrated that in a last ditched effort to find a solution or at least someone that would listen to her, she searched Google looking for in her words “a shoulder specialist for a second opinion”.

“Thankfully” she said, “I came across your (Shoulder Guy Physiotherapy) website and after reading some of your articles I thought that maybe I hadn’t been doing things right”.

But when my office manager questioned her in more depth, the patient reluctantly revealed what the real issue was.

No one had really listened to her. 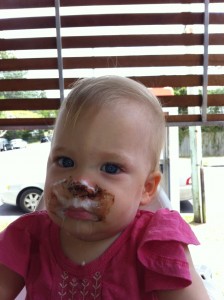 Health care research has revealed that when gathering information from patients, doctors (and I am sure other healthcare professionals) were found to consistently interrupt patients during their opening statements after 18-23 seconds (Beckham & Frankel 1984, marvel et al 1999), preventing disclosure of all healthcare concerns.

Most patients tend to have more than one concern and should be encouraged to express all their concerns in their own time. When not interrupted most patients complete their opening statements in less than 1 minute and spend no longer than 3 minutes doing so (Marvel et al 1999).

Now some sceptics might expect that this would blow out their consultation time. However, the research suggests that patient centered consultations are approximately only one (1) minute longer than doctor-centered consultations . More significantly, giving a patient time to express all their relevant concerns is associated with a three-fold increase in the likelihood of client satisfaction and adherence (Abdel-Tawab & Roter 2002).

So guess what we do at Shoulder Guy Physiotherapy?

So, if you’re frustrated, confused or concerned about your shoulder health then talk to us.